Everyone has stories to tell, highs or lows, adrenaline filled or super chilled, there’s always something in the memory bank to share.  Read on to see how Eugene manages to turn stories into art, from words into movies! 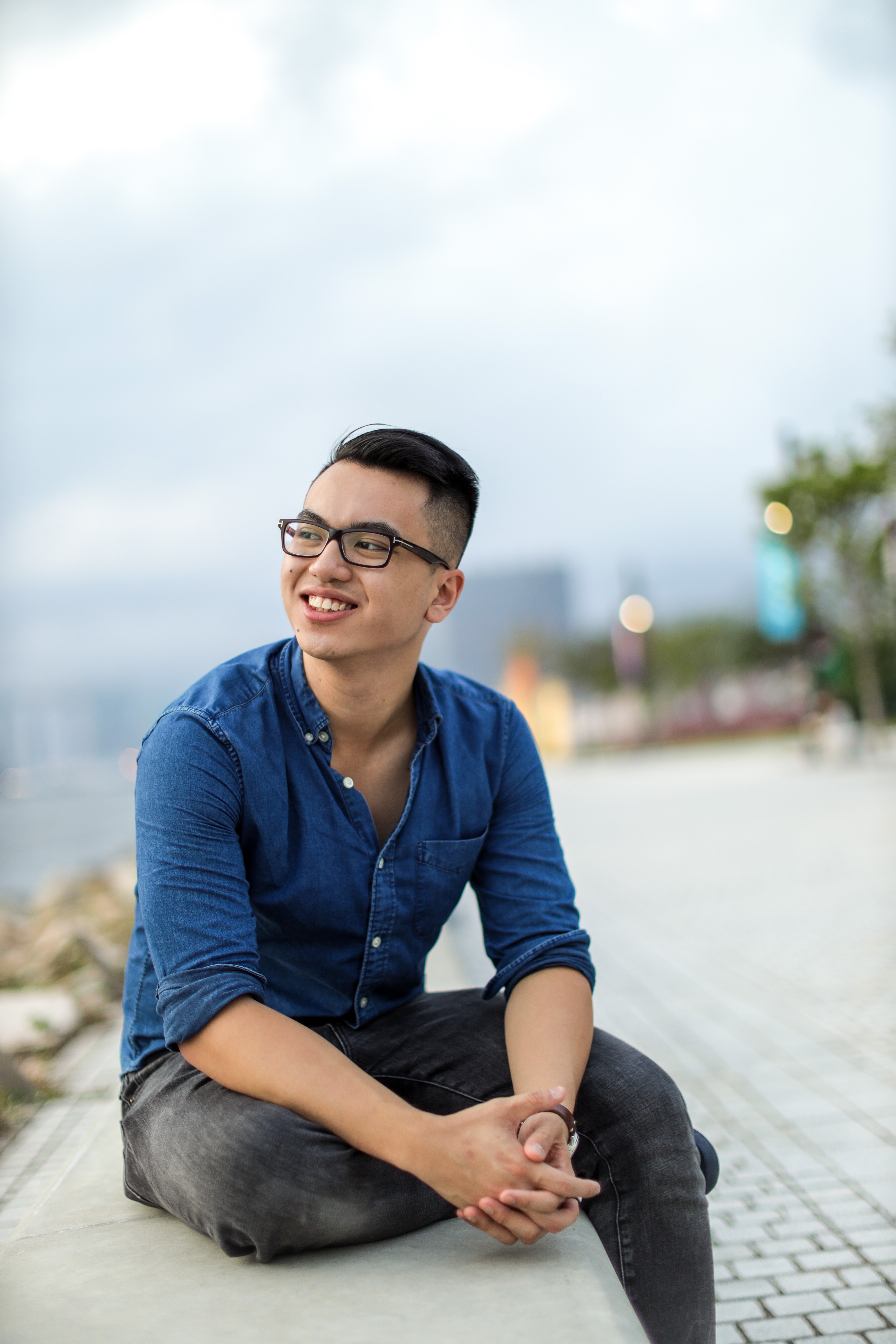 Tell us a little bit about yourself.

My name is Eugene, I grew up in Canada and have been studying in Hong Kong since high school. I am a filmmaker at heart but also frequently go bouldering, do covers and hike.

How long have you been in Hong Kong and what do you do?

I’ve been in Hong Kong for 12 years now and just graduated from HKUST (majoring in Industrial Engineering).

Discovering my passion has been a gradual progression actually. I started photography around the age of 14, then theatre when I was 16. Those two sort of merged into filmmaking for me, telling stories through visuals and sound. I only really started to pursue it in my first year of university, when I started shooting short films.

What do you love most about what you do?

Turning a seed of an idea into an actual film, working together with a group of incredible cast/crew – seeing it all piece together, from the initial concept to scripting it to shooting to editing it all. The final product is just as amazing as the process of making the film. It’s always a pleasure to watch audiences react to my films too.

What/who inspires you to do what you do? 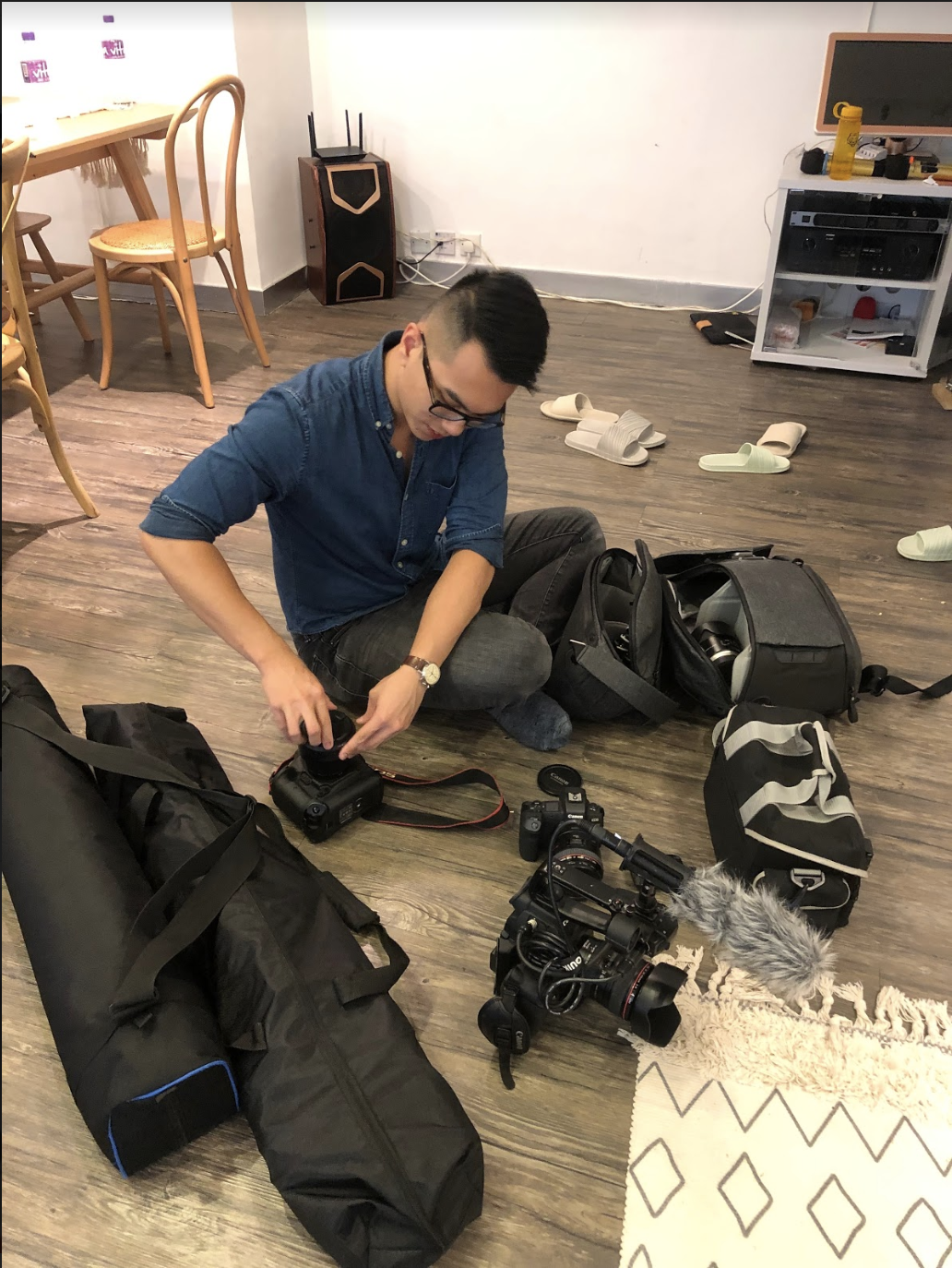 My family and friends – the people around me often have such interesting stories and concepts. Majority of my film ideas have been inspired by them or personal struggles that I have in life. One can say it is a form of venting or releasing my worries, but in a way I like to think this can help others realise they’re not the only ones struggling with specific problems.

What’s been your favourite piece/project that you’ve worked on?

Oh that’s a hard one – I can tell you which ones are definitely not my favourite!

I have to say my top three favourites right now are “Wake Up” (two brothers fighting about whether or not chasing dreams are realistic), “February” (depression and loneliness) and “Estranged” (the unspoken relationship between father and son) – simply because the stories told are very personal to me. The execution of these films are also my favourites, along with the cast and crew – they were incredible. I have a project coming soon that might be added to this list.. Stay tuned! #Ƨorɹy

What’s been the most challenging piece/project so far?

I think each project has their own unique challenges, whether that be in pre-production, production or post-production. “Estranged” was probably the most difficult overall, since it is my longest film at just over 16 minutes. It required two whole days of back to back shooting from 7AM-10PM to pull off, along with continuous re-drafts of the script. In the end, it paid off though!

Can you take us on a brief journey of how you bring a project together?

The first step is often the hardest; coming up with an idea, a concept, a story – this usually takes the longest, since ideas will often be scratched or modified heavily again and again before we decide it is good enough to be filmed. Once the idea has been confirmed, I start writing out a script, focusing on “show not tell”. As I write the script, I like to listen to music tracks that will be used for the film, so I can get a feel of what it’ll be like tonally.

Before the actual shoot, we schedule the cast, crew and locations to make sure everyone is onboard, ready and scheduled to be as efficient as possible when it comes to the shoot; blocking specific time-slots to ensure everyone on set is needed and not on idle. A storyboard will be drawn once cast/venue have been confirmed, this is where I figure out my angles, composition, lighting, and camera movement beforehand so I’m ready to shoot onset.

On the actual day of shoot, as I set-up the equipment, I will have the cast run through their lines so I can give them feedback in terms of pacing and delivery. A rehearsal take will then be made where I block their movements and look at their facial expressions. Shoots usually last for one whole day, depending on the length of the film.

Editing takes less than a week, for the first cut at least. I will then show this first cut to the cast/crew, along with family and friends for some initial feedback as to what we need to change or re-shoot.

After all that, the film is ready to be released to the world! 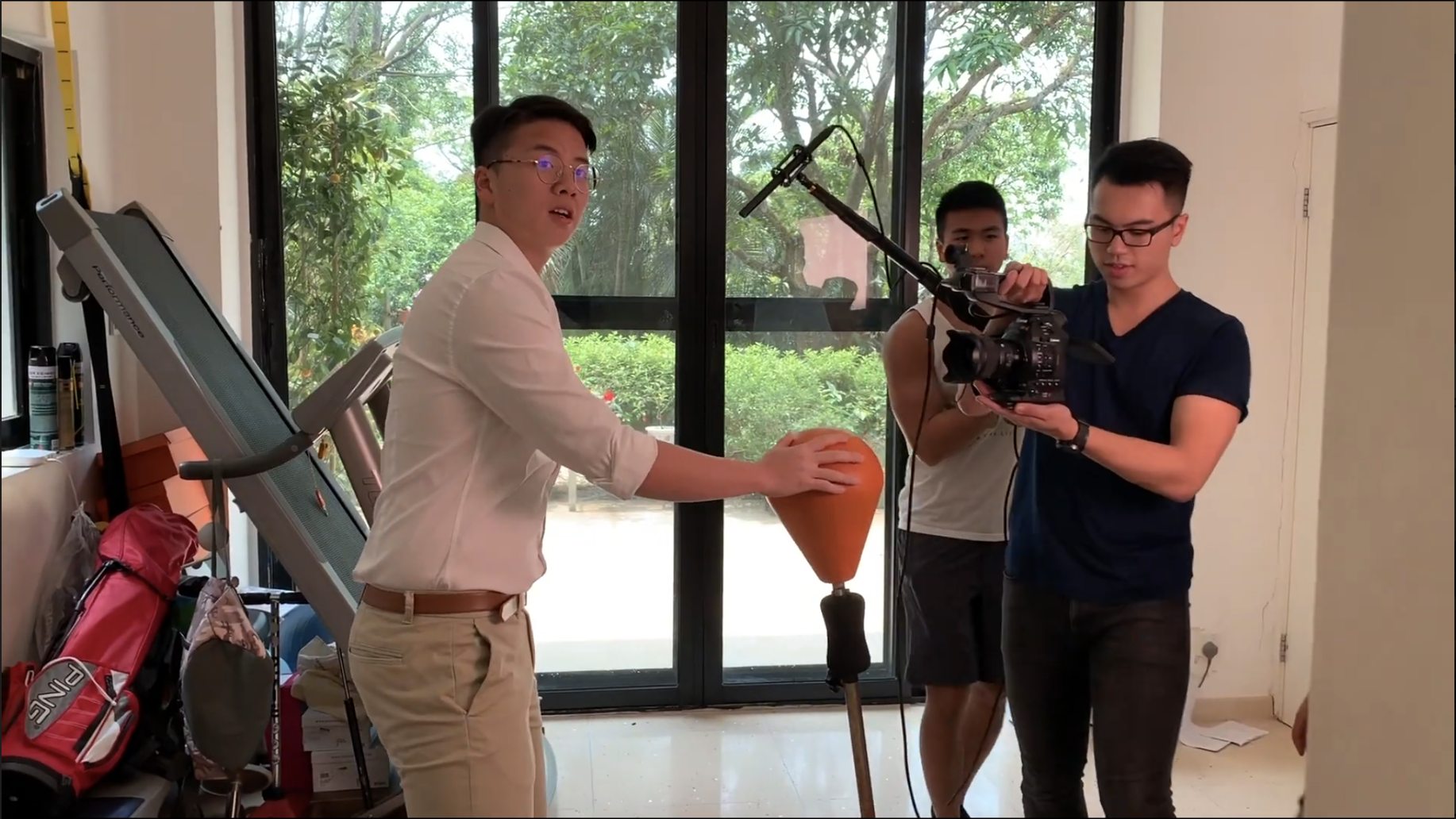 Check out EuCan Productions’ work on their youtube channel here.