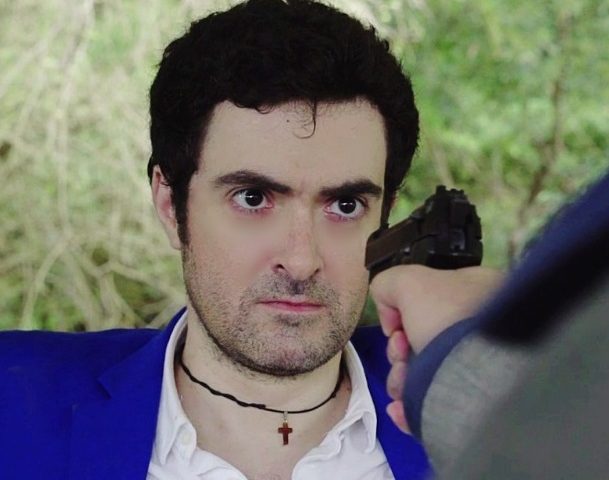 Nothing contradicts itself more than a Scientist and an Actor – hard, logical, physical reasoning vs imagination, pretend scenarios and much fakery. We have heard before of people who ‘used to be’ one thing and their career took a complete turn and ended up as the other but rarely do we hear of people who continue actively in BOTH professions! Check out today’s Chatty Tuesday, with Constantine, to see how he’s made it possible! 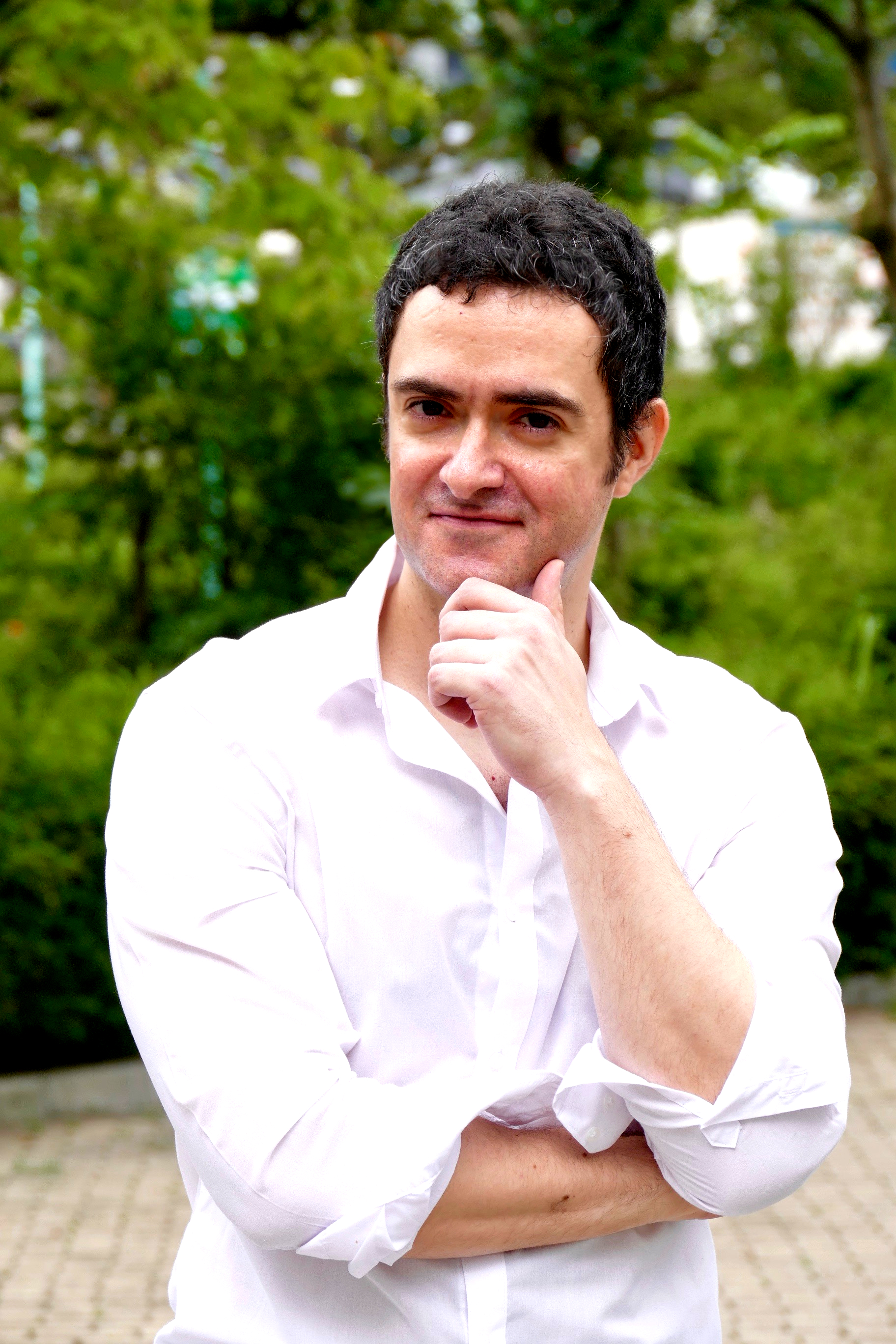 Tell us a little bit about yourself.

My name is Constantine, and I am originally from Greece. I left my country 12 years ago, 5 of which I spent in London, and the rest here in Hong Kong! I am a guy who constantly wants to improve himself and learn new things; a guy who loves learning about countries, cultures, languages and a guy who is constantly in love with adventures. Oh, and a guy who enjoys being witty sometimes 🙂

How long have you been in Hong Kong and what do you do?

I have been in Hong Kong for 7 years now. Regarding what I do, I would say I have two sides that might seem very different at first, but are somehow interconnected: a scientific side and an artistic side. On the scientific side, I am an environmental engineer, an energy researcher, a lecturer and an entrepreneur. On the artistic side, I am a crazy thespian who loves playing in movies and in the theatre! I have worked hard to develop both sides, and I feel blessed that I can still enjoy both today.

Please accept my apologies in advance, this might be a slightly long answer (I promise I will keep the others short)….

When I was a kid, one of the activities that I really enjoyed was watching movies with my family. Especially with my mother, who has always been an expert on Hollywood movies, knowing so many random facts about that magical world! Since then, I started to admire actors and I even developed a “secret dream” of becoming one. However, I never thought I would do that professionally. I thought that being an actor would be something “very unrealistic”, not sustainable professionally, something in which most people fail, etc. So, I followed a very different path. Even then, though, I always had a feeling inside me that if I ever try to act, I will do it well.

It all came to reality about 3 years ago, when I saw an audition opportunity for a movie production in my university. Without thinking it further, I went there and got an important role! Even though I was not that experienced, everybody thought that I was! This made me think “Hmm….maybe I am not that bad at this. And maybe that’s not unrealistic at all!’. During the production, I realised that I loved everything about it: I loved shooting a scene, I loved being in front of the cameras, I loved bringing a fictional character to life! So, I said to myself “This is it! I will be doing this…”.

What do you love most about what you do?

Playing different characters, I learnt to explore a wide range of different feelings and in this way I learnt more about who I am (and who I am not). Funny story: I am a very peaceful person and I hate any kind of violence, physical or verbal. Before I started acting, perhaps I had never shouted really loud at anyone! When I had to shout really loud for a role, I realised how new this was to me! Afterwards, I got to play many action scenes, and I realised I like it.

PS. Fighting with people, falling down, breaking things etc. is fun to do, as long as it is in a movie and it is not real! “Kids, don’t try this at home”….

What/who inspires you to do what you do?

As an actor you can tell stories that inspire, educate, make people think, laugh or cry.  I am amazed to see how telling such stories can somehow affect some people’s lives. This is very powerful! As theatre has its roots in ancient Greece, it is interesting to think that the Greek word for actor literally means “the one who creates ethos/character”.  So, it is not something to just have fun with; it is actually a big responsibility and it can have a strong educational purpose.

What’s been your favourite piece/project that you’ve worked on?

My favourite piece of work is DID I, my first ever feature film! That’s because I really liked the role I played- a person who seems bad at first but the more you watch the film, the more you realise that he is actually a good guy, doing what he is doing to protect his family (I always love it when there is a twist!). Most importantly, I enjoyed that production because many of my college buddies were involved in it! It was a lot of work and took many months to complete, but I made many friends there and I still have good memories from that period.

What’s been the most challenging piece/project so far?

I would like to mention two theatrical plays. The first one was earlier this year, when I played in AFTEC’s production The Count of Monte Cristo. The challenge there was that we had to give 30 shows in 2 weeks, which means 2 or even 3 performances back-to-back per day. What I really enjoyed about that show, though, was working with the cast- all the actors there were very funny and we had a lot of laughs- and also the fact that we had the chance to perform in front of many local schools, helping the students to understand a bit more about classic western literature.

The second one is the production I am currently involved in: I will be playing in Face Productions‘ Titanic The Musical in October 2019. The challenge here is that it is my very first musical and that I have to coordinate with a very big cast- we are approximately 55 people! However, all the people involved there are absolutely fantastic and I am having such a great time working with them! We are putting together something really great, so I hope you can come and watch our show on October 11-13 at the HKAPA (shameless promotion) 🙂

Can you take us on a brief journey of how you bring a project together?

Step 1: When I get a new script, I ask the director about her or his interpretation of my character.

Step 2: I also make my own interpretation and I try to combine both.

Step 3: I link that character with characters from movies I have watched in the past.

Step 4: I watch these movies again, and I study the specific actors’ approaches and choices.

Step 5: I gather all these ideas, I mix them with my own personal style and I make acting choices for each scene.

Final Step: I hope the director will like my choices 😛 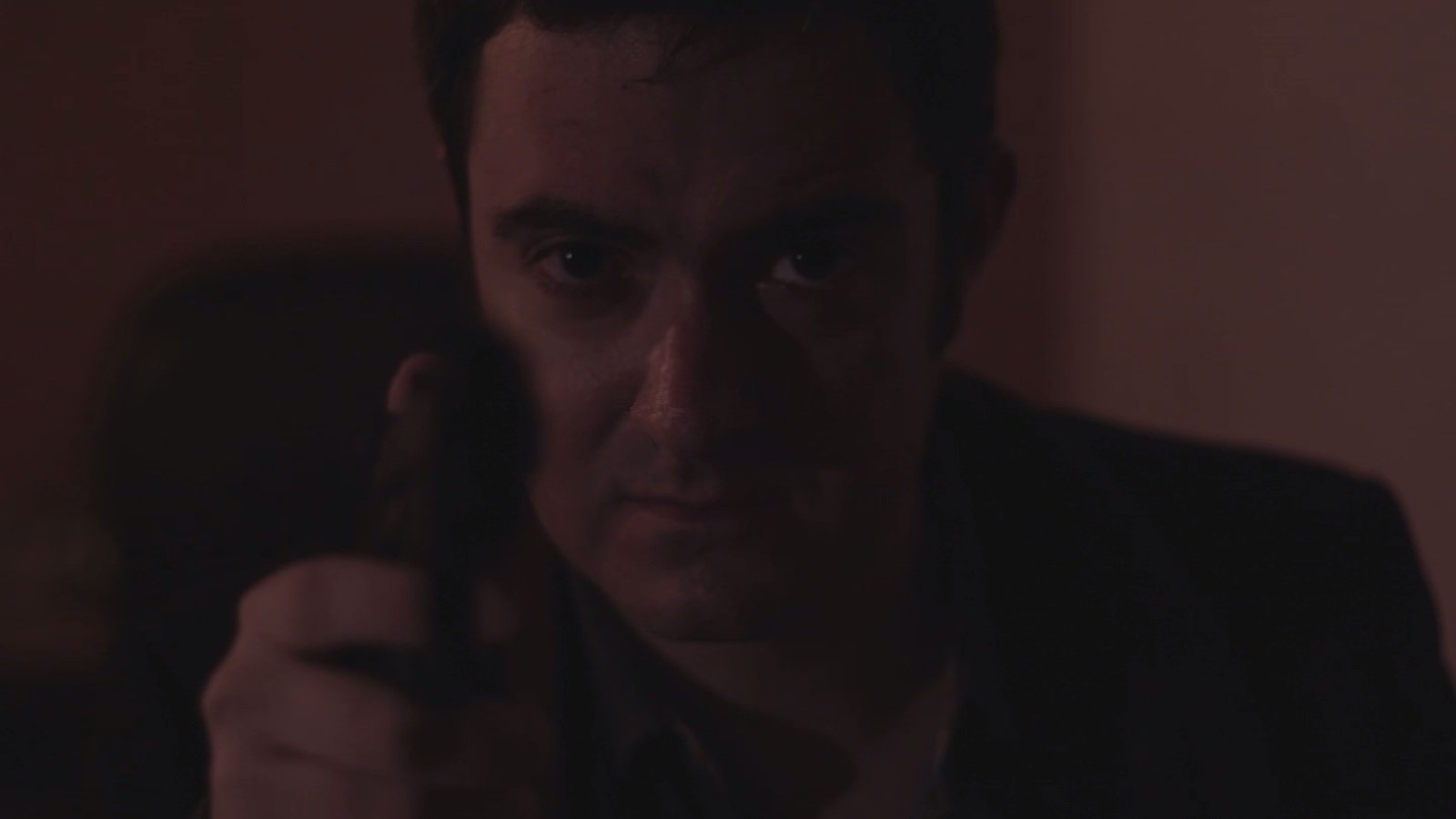 If you are interested in checking out more of Constantine’s work, you can find his showreel here and his social media platforms below: